It’s been a While

It has been a busy few weeks. We had the SFS conference in Detroit to prepare for, but first, we had to do some pretty extensive sampling for my dissertation and prep/packing for continental sampling which we planned on starting immediately after the conference.

The SFS conference was in Detroit, MI this year a mere 10-hour drive from Houghton, MI. Erin and I left a day early so I could run a 5K with my nephews. So after running a few miles pushing a stroller, I checked into the hotel. The

conference was great and we had a total of 11 people present from the combined Huckarelli lab. Amy kicked the conference off with her talk about how Lake Superior tributaries alter Lake Superior dynamics. Erin talked about how patchiness in streams can promote both nitrogen fixation and denitrification. Other talks included alternative methods for measuring substrate roughness, Brook Trout movement and habitat restoration, and EWM (both detection of and how it alters ecosystem metabolism). I wrapped up (not really) our lab groups presentations with a dazzling display about variation in denitrification rates at multiple time scales.

This presentation was the cause of a lot of long days during the two weeks prior. For the study, I measured denitrification, nitrogen fixation, and nitrification rates every day for two week periods throughout the year and I decided to make one of those 2-week sampling periods immediately preceding the conference and additionally was set on presenting the findings of those 2-weeks at the conference. Luckily we had 2 full-time techs, Renn and Meredith (who was just starting with us). They picked up all the techniques very quickly and were instrumental in everything getting done. 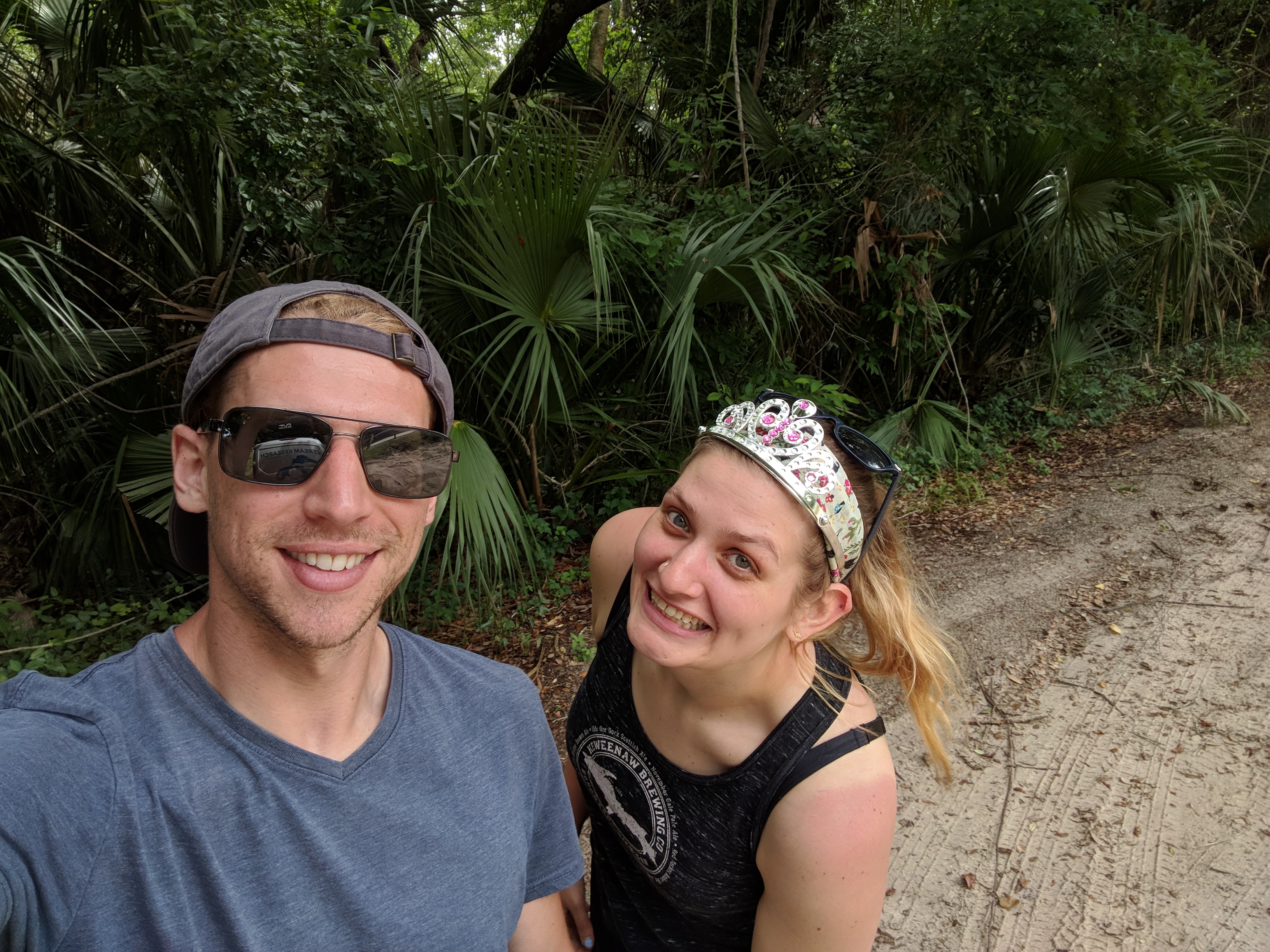 Erin, why are you trying to eat me? 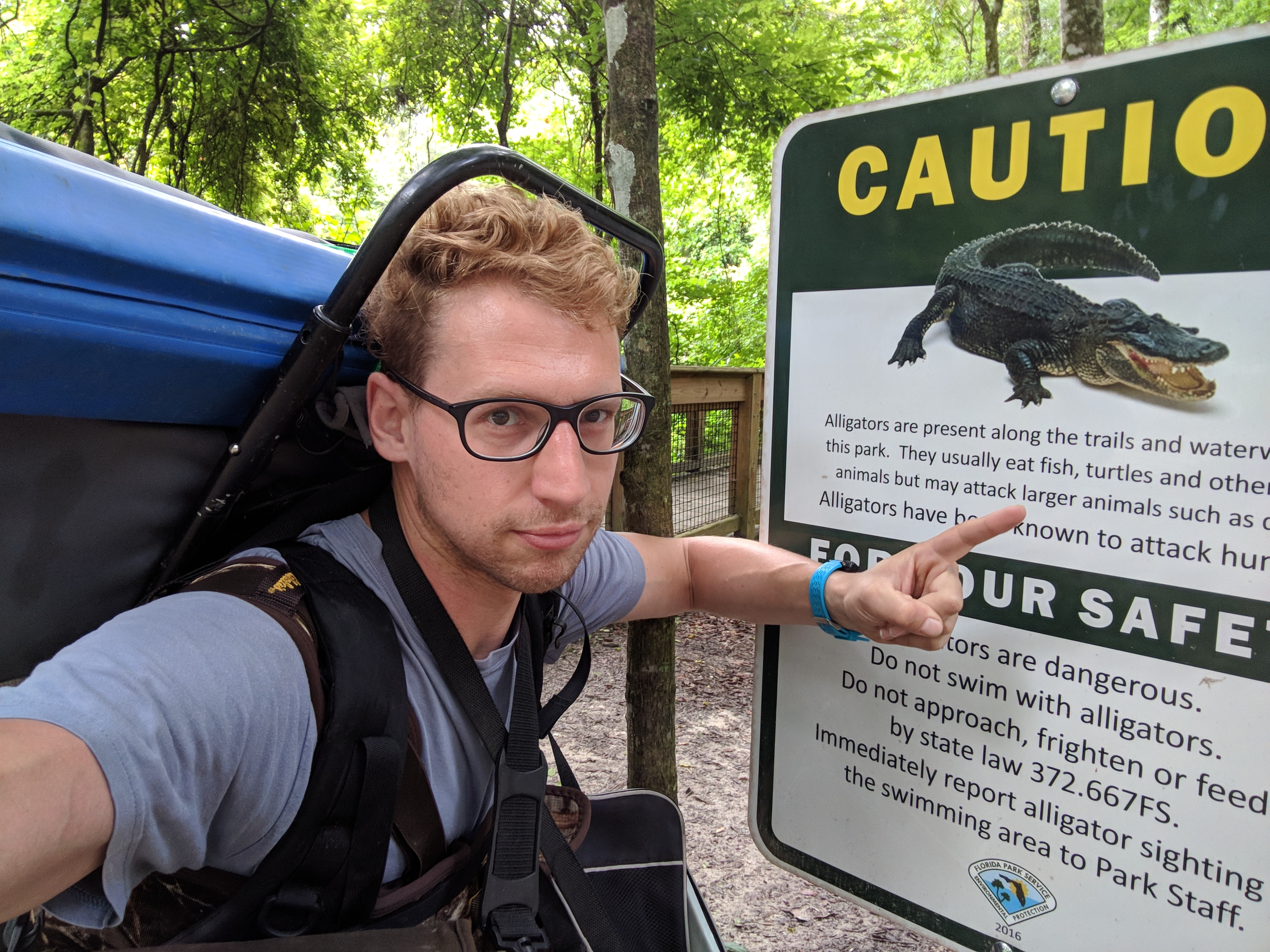 Amy, why do you want to feed me to alligators?

On top of sampling, we had to pack (although Erin took on most/all of this). This year for Amy’s NSF CAREER grant Erin and I would be traveling to North Carolina, Florida, Texas, and Kansas to measure nitrogen cycle processes in a variety of streams. We decided to save 2 days of traveling and start our adventure from Detroit the morning after the SFS conference ended. Amidst a tired of Dua Lipa songs (great traveling music), we headed to North Carolina and New Hope Creek. Cathy Chamberlin walked us to the site and Erin and I went to work. Three days later we were headed to Florida. Matt Cohen met us and told us about some possible sampling sites at Ichetucknee and the Alexander River. The Ichetucknee is feed by several springs and after sampling, we treated ourselves to a swim in the Blue Hole. The water is crazy blue and looks fake and it is beautiful. The Alexander is a bit different. We sampled from a bridge and saw alligators at the site. Amy, are you trying to kill me? If alligators weren’t enough we had a swarm of flies attacking us the whole time and I have so many bites it looks like I’m going through a second round of chickenpox. The area is pretty popular for locals to fish (and fish breeders) so we had a chance to talk with a lot of interesting people and spread the word of nitrogen which was pretty cool.

We busted through sampling in Florida pretty fast and were lucky with good weather so now we have a few days to catch up on work before we leave for Texas. Which leaves me sitting in Panera writing this post and listening to Dua Lipa. 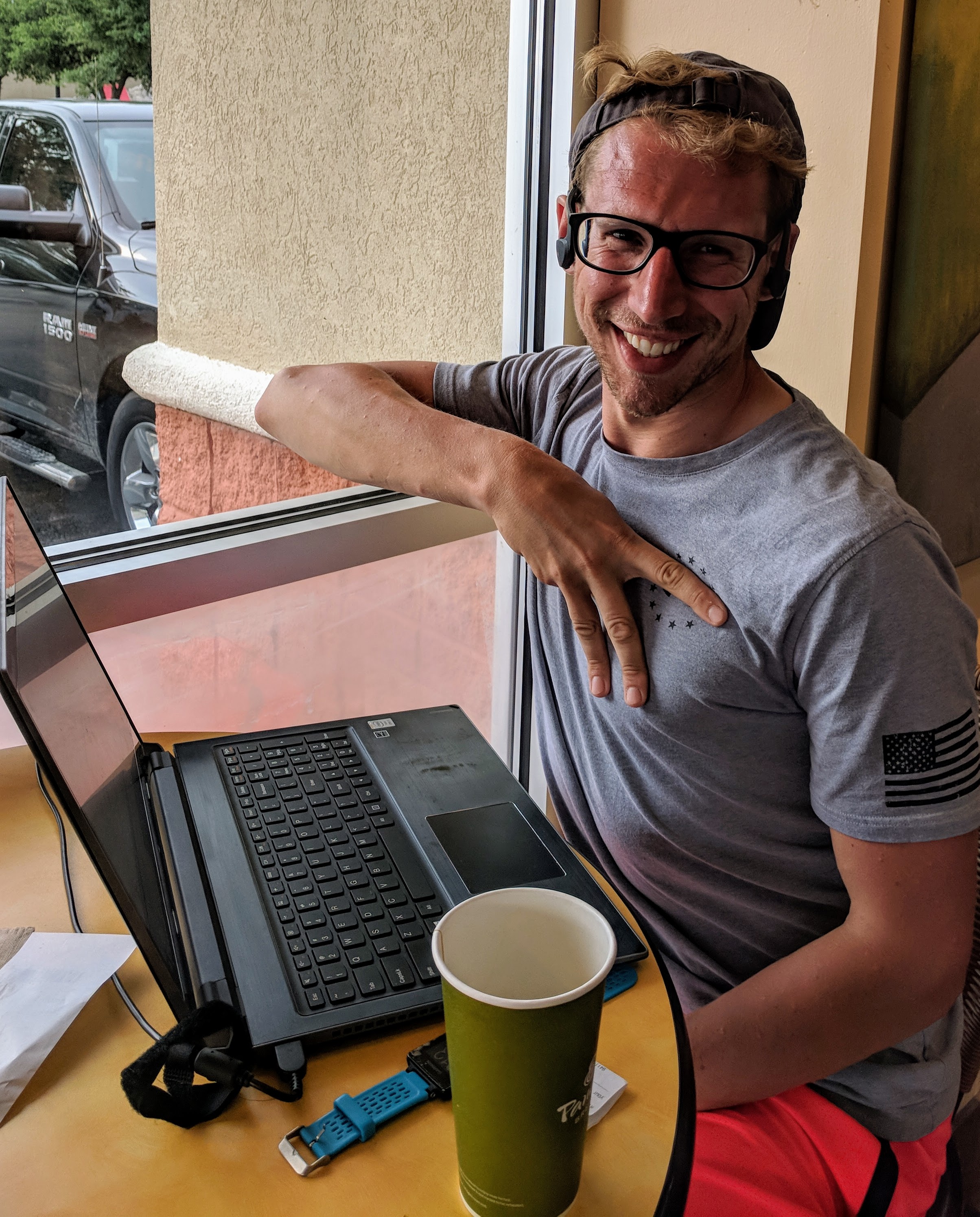